With “How You Like That” on the horizon, I decided to look back and update my ranking of BLACKPINK’s discography. Since then, I’ve gotten way more into their music and turned into a full-on fan that has been salivating for a new album alongside every other fan and stan. So on the eve of their new era, I’ve decided to update my opinion on what I believe their best songs to be.

This is the by far the worst song they have ever put out. The hardstyle breakdowns clash horribly with the group’s performances and given the arguably iconic post-chorus beat break of the original, this clunky mess completely rips away the personality that made me fall in love with “DDU-DU DDU-DU”. Still, it’s only a remix so I can’t fault them too much for trying something different.

“SEE U LATER” is one of the few songs that I maintain my original opinion on. It’s a cute pop tune with serviceable performances from each member but the hook on this song is just…bad. It sticks out like a sore thumb and ruins the moving build-up leading towards it.

When this collaboration was first announced, I was hyped. Lady Gaga’s theatrics paired with the bold energy of BLACKPINK seemed like a match made in pop heaven. However, the toned-down dance track only feels half-baked. The bouncy production makes for a great backdrop for all artists involved to do their thing, but given its short runtime and lack of chemistry between Gaga and BLACKPINK, the song just feels like unfulfilled potential.

There’s nothing outright bad about “Don’t Know What To Do”. The group’s vocal performances are decent, production is standard EDM affair and it’s just an all-around solid track. However, it’s biggest offence is how forgettable it is. Sounding like any other EDM pop tune that came out in the past 5 years, this song just feels like an inferior version what BLACKPINK and other artists have done better before.

I used to think that this song’s sudden transitions in its sound made it exciting. Instead, I now find “REALLY” to be messy and also slightly dull. The sung sections of the songs fail to generate any excitement, while the rapping parts are way too impactful with its sudden bursts of energy and switches in its production. The stark contrast ends up weakening the already stale song.

I honestly don’t have too much to say about this song. It’s sweet, each member sound wonderful over the toned-down piano-backed production, and will always be a welcome oasis from the group’s more intense material. Yet every time I listen to “Hope Not”, I find myself rather wanting to listen “Stay” instead. It’s just not as good since there’s just not enough distinctive qualities for “Hope Not” to reach its better predecessor.

My biggest problem with “PLAYING WITH FIRE” is how much it’s carried by the production. The pretty electronic dance beat gives the track its groove but the group’s subdued performance holds it back, leaving the song feeling like a missed potential. Although Lisa’s verse halfway does save “FIRE” from sounding too stale.

I’ve actually really warmed up to the group’s performance on this song over time. Their chemistry is infectious, each member really letting lose and enjoying themselves over the duration of the track. However, “FOREVER YOUNG” is held back by its by-the-numbers production which buries BLACKPINK’s efforts in generic EDM.

I wasn’t hot on this song when I first reviewed it, and honestly I still haven’t been completely won over. The nonsensical outro still sounds as out-of-place every single time, but I have grown to appreciate Jennie and Lisa’s explosive rapping, along with the bombastic horn section that has become way more catchy than I remembered. Plus, the aggression of this song has made it more enticing over time.

I’m actually surprised at how far this song dropped from my original ranking for it. The playfulness I enjoyed is still present and that whistling™ still hits a sweet spot for me. Still, the biggest factor that led to my lukewarm reaction to it is probably how…subdued BLACKPINK sounds. As I grew to be a fan, the group’s energy was what kept winning me over. So returning to “Whistle” made me realize that I had outgrew the song’s one neat gimmick.

The best song off Kill This Love, “Kick It” is BLACKPINK at their most satisfactory. Sounding like a love child between “Forever Young” and “See U Later”, it takes the best elements of both: the bouncing swagger, ear-worm hook and flowing chemistry between each member; resulting in a great song that really stands out due to the sum of its parts.

Compared to the rest of their discography, “AS IF ITS YOUR LAST” is the group’s best effort at channeling ‘fun’. From the bouncy production to their playful performances to the delightful hook, the track is overflowing with personality that BLACKPINK doesn’t often do. Sure, it still sounds slightly over-sanitized but it doesn’t detract from the sheer joy I feel when this song comes on.

BLACKPINK’s only other collaboration is a much more enjoyable affair as they prove themselves to be right at home with Dua Lipa’s self-titled era’s dance production. Both acts complement each other well, so much so that Dua Lipa’s weaving in between the group’s verses nearly solidifies her as the 5th unofficial member. “Kiss” makes me wish that BLACKPINK experiments with Western sounds more often.

Breezy, sweet and charismatic; “STAY” is the only instance where I’m completely won over by a BLACKPINK track that isn’t fueled with their usual energetic performances. Backed by gentle guitars, the group proves their versatility while still keeping their signature styles, like Jennie and Lisa’s rapping, well intact. Plus, its absolute earworm of a chorus is irresistible.

I used to hate this song but after returning to it since then for a couple more listens, I realised that I was plain wrong. This is a great dance track that oozes sass. It’s catchy as hell and probably features one of my favorite pre-choruses in their discography. More importantly, I’ve finally looked past the, admittedly, datedness of EDM beat break and grown to love it for it sets out to do. “BOOMBAYAH” is just a fun time condensed into 4 minutes of pure exhilaration.

Jennie’s solo debut shines as an incredible track because it seemingly channels everything that the fans love about her public persona into a 3 minutes of musical excellence. The bombastic production and performance reflects the larger-than-life persona that has captivated her fans for years, leaving Jennie with a track that’s every bit as entrancing as she is.

BLACKPINK’s most iconic song to date, it only makes sense for “DDU-DU DDU-DU” to make its way up my ranking over time. Like “SOLO” was to Jennie, this song is all of the group’s best qualities rolled into one. Assertive performances from each member? Check. Hard-hitting production? Check. Irresistible hook and beat drop? Check and check. “DDU-DU” has only gotten better with time as it has aged considerably well in the grander scheme of Korean pop music.

Now, whether the group can top this song with their upcoming album remains to be seen.

NEXT: All BTS albums/EPs ranked 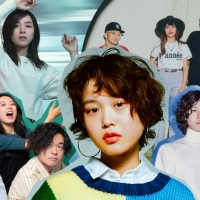 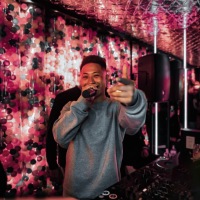 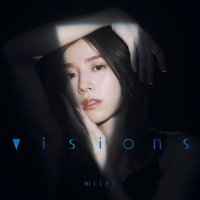