A new month means a new batch of fresh recommendations. This time around we have records that range from jazz-inspired J-pop to lofi rock to an album that entirely transcends genres themselves.

One of the most distinguishable aspects of Majiko’s music is her powerhouse of a voice, which is on full display on every track here. Running at just a brief 20 minutes, COLOR comes out of the gate swinging with its best song — “狂おしいほど僕には美しい”. A power ballad that expertly balances its electronic and rock influences, all while Majiko remains the centrepiece amongst its chaotic production.

This also remains true through the rest of the record as Majiko impresses at nearly every turn, choosing to croon in both Japanese and English. Dabbling in elements of jazz, pop and soul, there’s something to love here for everybody. Yet, it also slightly works to the detriment of the project as its scattershot pacing might turn album purists off. Still, every song is strong enough to stand on its own, making COLOR a solid collection of incredibly well-crafted tracks.

Keiichi Sokabe (曽我部恵一) – There is no place like Tokyo today!

Tokyo in recent years has somewhat taken up a status of prestige and wonder in recent years, in no part due to the favourable portrayals of the city by the media. Taking a break from his frontman duties of the rock band — Sunny Day Service, Keiichi Sokabe attempts to stay true to the album’s title through his music. Heavily drenching his vocals in autotune while sticking by classic instruments for the production. It’s an aesthetic that parallels Tokyo’s (and Japan’s for that matter) adherence to technological advancement, all while staying firmly rooted within their traditions.

There is no place like Tokyo today! is a heavy listen with half of the songs clocking in over 6 minutes. Keiichi admirably eases you in the extensively calming production, occasionally popping in to break it up with his silky vocals. The record is an exercise in mellow monotony, with much of its runtime solely dedicated to instrumental passages. Like the city that it’s inspired by, Tokyo is an album that’s not afraid to do things on its own terms and at its own pace.

*This track isn’t on the album because apparently nothing on it exists on Youtube. Still, this his most recent work and a great song anyway.*

Anyone that has had an interest in Japanese music has definitely come across the name Wednesday Campanella. A band that blatantly ignores genre boundaries in favour of creating music that refuses to compromise on its aesthetics, Wednesday is arguably one of the best acts in Japan right now. With incredible projects like SUPERMAN and Galapagos under their belt, their equally as impressive debut album — Zipangu often gets overlooked.

The most rap-influenced record of their career, Zipangu lacks the polish and pristine qualities of the band’s later releases but the raw aspects are what makes this album so appealing. Through the use of enthusiastically bouncy electronic production paired with Japanese traditional instruments, Wednesday crafts a sound that equally futuristic as it is contemporary. No matter the sound or style of the song, innovation is the name of the game when it comes to Wednesday Campanella.

2 thoughts on “Best Japanese albums you need to listen to: Feb 2019”

Recording remotely has always been the norm for musicians around the world and through the rise of Clubhouse, the process has gotten even more streamlined.
I figured I’d let you guys know what music I’ve been obsessed with lately. These are all albums I love and would highly recommend you start listening to!
If you’re a fan of silky smooth R&B and PARTYNEXTDOOR, then you’ll love the work by Philly’s Harrowgrove!
Ohio’s Serin Oh only recently learned to love the colour of her skin and her Korean heritage not too long ago.
I’ve been doing song reviews for a while now, but I was never really clear on why I was reviewing them (well, aside from it being fun).
The last time I talked to Melbourne synth-pop duo FancyNormal, they had just released their brilliant single “Sober Spaceman”. 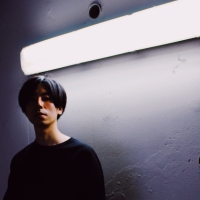 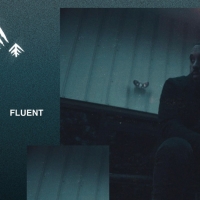 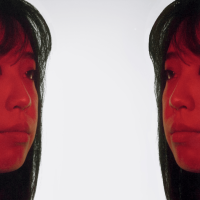