BLACKPINK and Dua Lipa’s surprise collaboration is great for many reasons (other than it having the only non-all caps title on this list), chiefly its tropical production style. It’s a nice break away from the group’s mostly EDM-inspired offerings. Also, the track is a wonderful hint at the potential intermixed future of pop music when it comes to language barriers. Despite the fairly significant differences in enunciation between English and Korean, it’s barely noticeable on the track as everyone involved focuses on the song’s quality first and language hurdle second.

Arguably the biggest song of their career thus far, the already iconic synth leads that start the track off are guaranteed to turn heads of even the most casual of K-Pop fans. Not to mention it’s incredibly bombastic beat and instantly memorable title/hook. Yet the group’s vocal performances are slightly underwhelming, due to the production largely overshadowing them. Still, each member gets their own distinct individual spotlight across the track, making “DDU-DU DDU-DU” the most accessible entry point to BLACKPINK’s discography.

In comparison to every other entry on this list, “AS IF IT’S YOUR LAST” flows the best out of all of them. The transitions from each sung verse to the refrains to the chorus to the rap verse are pretty much seamless. Structure-wise, I personally think it’s best in their entire discography. Additionally, Lisa’s impeccable rap verse is arguably the group’s best yet. Though short, her flow is stellar and charisma every bit as addicting. Unfortunately, the song’s production might be one of the group’s weakest, but it’s all made up for by one of their most addictively irresistible choruses.

The only ballad that the group has ever done, “STAY” bucks the trend of melancholic crooning in favor of a more upbeat yet mellow delivery. Keeping their trademark glee front and center, the song manages to feel both vulnerable and empowering. Equipped with nothing but an acoustic guitar and the occasional harmonica, it’s the most minimalistic and intimate track in their discography. Even with two peachy rap verses sandwiched in between, it still manages to sound exquisitely calming. Like dessert after a full course meal, the song isn’t the best the group has to offer but it’s damn near unskippable.

Personally, I’ve always had a slight gripe at how forgettable some of BLACKPINK’s verses can be. Yet “SOLO” has none of that problem as Jennie’s solo debut sees her laying down not only a potent sung verse but an equally compelling rap verse as well. Paired with its pompous pre-chorus and assertive chorus, the song is the complete package of Jennie as an artist. Unlike most of the group’s work, “SOLO” exudes attitude. There’s a dose of nastiness injected into the track which makes it that much more intriguing to listen to. Whether the song works better due to the absence of the other members is up for debate, but there’s no denying that “SOLO” is one of their most tantalizing songs.

I don’t know what it is with me and whistling, but I immediately fall in love when it’s used in any genre of music. From the very first second of the track, it hooks you in with its minimalistic beat and never lets go. The addictive whistle loop is more than enough to make it one of their best songs. Still, that’s not the only reason why “WHISTLE” is my favorite BLACKPINK track.

The group also found the best balance between Jennie and Lisa’s rapping to Rosé and Jisoo’s singing. Their most rap-heavy song, “WHISTLE” also settles as being BLACKPINK’s boldest track. As they effortlessly bounce off each other, the group’s chemistry takes center stage and becomes the song’s strongest element. With each member sounding invigorated and animated, the intoxicating energy on display completely wins me over and easily takes my top spot as their very best.

5 thoughts on “Every BLACKPINK song, ranked” 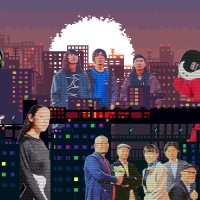 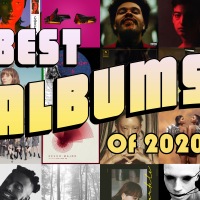 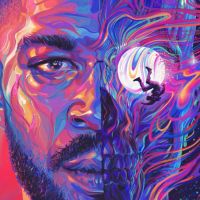 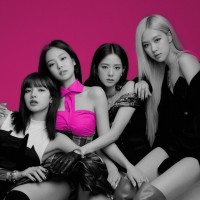